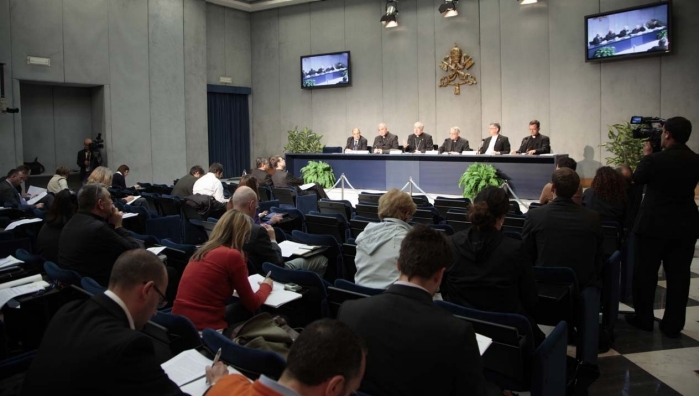 On April 5 at 11:30 am, the first issue of the new version of La Civiltà Cattolica will be presented at a Press Conference at the Vatican Press Office (via della Conciliazione, 54, Rome).

The event will coincide with the anniversary of the publication of the first issue of the La Civiltà Cattolica, the journal of the Society of Jesus (6 April 1850). Participating at the event will be Archbishop Monsignor Claudio Maria Celli, President of the Pontifical Council for Social Communications; Monsignor Antoine Camilleri, Under-Secretary for the Relations with States of the Secretariat of State; and Father Antonio Spadaro, editor of La Civiltà Cattolica. The presentation will be moderated by Father Federico Lombardi.

The new version of La Civiltà Cattolica has had more than just a facelift. The graphics, impagination and content of the new version have been revisited to respond and reflect to both historical and contemporary concerns.

A new cover, which is inspired by the version in use until 1970, a new open source font, and in terms of structure, the section entitled «Cronache» (Reports) is to be replaced with «Focus», critical studies which widen our understanding of the contemporary age, and where politics, law and economic themes, along with international issues, and of society at large will be addressed. Reflection on the Church occupies a permanent place at the heart of La Civiltà Cattolica, and the new version will be no exception; new categories include «Profile» and «Interview». There will also be an increase in the number of international contributing Jesuit Fathers, as will the variety of topics covered.

The objective of La Civiltà Cattolica as summarised by Pope Francis: «to collect and express the expectations and needs of our time» and «to provide the elements for a reading of reality» with «a particular attention to the truth, to goodness and to beauty».

The new version of La Civiltà Cattolica will, for the first time, be available in digital format on all tablets with an app for iPad, iPhone, Android, Kindle Fire and Windows 8. All readers with one single subscription will be able to read both the print and digital format. An institutional Twitter account (@civcatt) and a Facebook page (facebook.com/civiltacattolica) is also active.

In addition, with the help of Google, a new project will be launched where all issues published since 1850 will be made accessible via the web. Also planned, an instant digital book format that collect articles published on a number of relevant topics to provide the reader with a comprehensive overview of how that topic has been treated over the years.