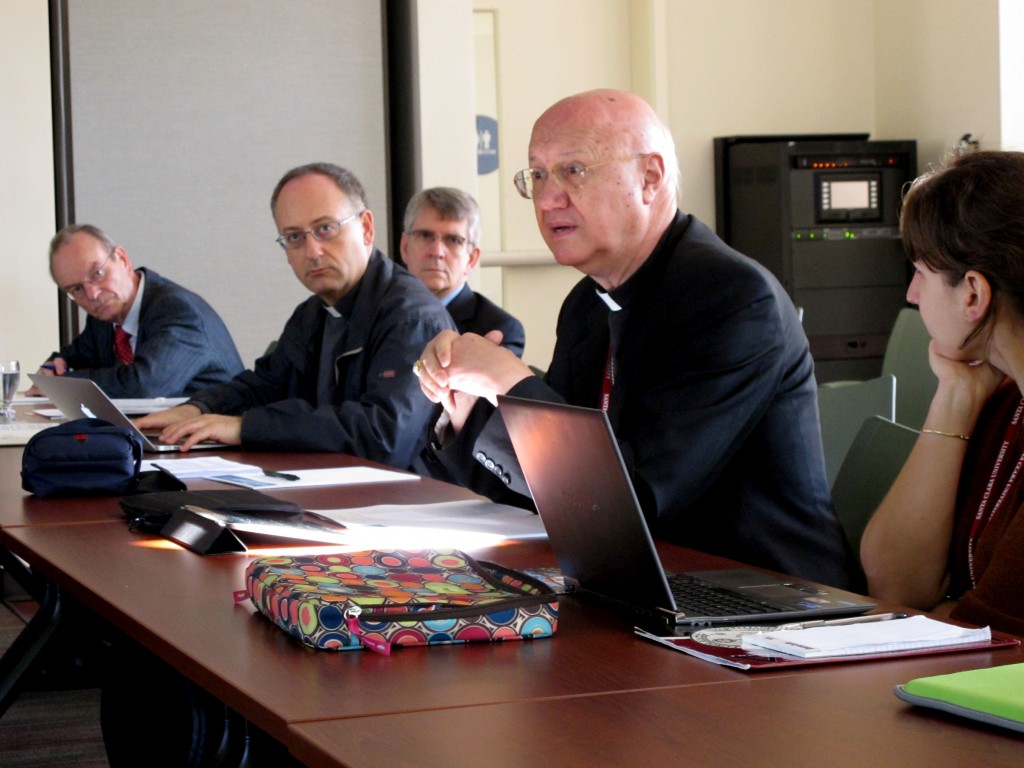 California – How theologians might reflect on communication and information technologies and the new culture that they create formed the basis of a symposium sponsored by the Pontifical Council of Social Communication, held at the Jesuit-sponsored Santa Clara University in California (USA) in late June. The PCCS, along with the United States Conference of Catholic Bishops’ Committee on Communications and the University’s Communication Department, convened a gathering of 25 theologians to begin a process of sustained theological reflection. The group focused on three general areas: ecclesiology, approaches from historical theology, and a theological understanding of digital culture, in each area considering the challenges that contemporary communication poses to the church’s theological understanding.

Communication, whether the mass media or the Internet, has changed the environment in which people live, raising questions about church structure, personal identity, parish life, religious self-understanding, and religious formation and participation. For example, people take their identity from popular culture more than from the Church’s catechetics or even from the Gospel. The same mass media also promote a vertical model of the Church in which the local community, the parish, and the diocese disappear, so that only “the Catholic Church” headed by the Pope matters. Each of these poses a serious ecclesiological challenge, as each redefines the nature of the Church.

Professor Jochen Hilberath of Innsbruck suggested the model of “Communicative Theology.” This begins in God’s self-communication, in the revelation of a “communicative God.”

Communicative theology, he explained, “did not arise as an abstract theory developed on the planning table and subsequently applied in practice. Quite the contrary! It arose precisely out of the practice of theological communication within groups, in particular in groups that had come together for advanced theological training on various levels.” The model, somewhat like media ecology, holds that the content of any theological reflection and the methods of reflection cannot be separated and take place in a process in which the participants become “acting subjects of theological communication.”

Using this methodology, Professor Bradford Hinze of Fordham University, reflected on “the challenge of creating ecclesial communities of belonging in an age of individualization.” Contemporary culture simultaneously encourages a kind of individualism that can run counter to the ideals of religious identity or participation and provides a collective mass identity based on popular entertainment or virtual worlds. The challenge from new communication technologies exists not only at the individual level, but, as Rev. Brian Lucas of the Australian Catholic Bishops Conference explained, at the level of the episcopal conference. Bishops must compete with a “marketplace” of other ideas, both secular and religious. Bishops and conferences of bishops can no longer presume the attention or even respect of their hearers.

The moral approach of St. Thomas Aquinas, with his emphasis on virtue, offers another approach, this time to beauty that balances the more intellectual analyses of moral duties. Rev. Richard Leonard, S.J., director of the Australian Catholic Office for Film and Broadcasting, described such an approach in regards to film, examining the moral role of top-grossing films of the last decade through the lens of virtues. Rev. José M. Galvan, of the Pontificia Università della Santa Croce in Rome, also turned to St. Thomas and proposed an approach to communicative truth based in Thomas’s analysis of the symbolic capacity of human beings. This Christian anthropology aligns human communication analogously with the Trinitarian creative activity.

The group devoted most attention to the digital culture, hearing how the online world dominates people’s attention and even allows for a variety of religious practices. Rev. Joseph Scaria Palakeel, the executive director of the Syro-Malabar Church Internet Mission in Kerala, India, suggested a bridge between the visual culture and its values, as described by Fr. Leonard, and the now dominant digital culture. Beginning with the history of theology, he raised “the possibility of engaging images in theologizing,” that is, asking “whether images too can be employed alongside word and language for theologizing in the present image-dominated culture.”

Expanding on that concept, Rev. Franco Lever, SDB, dean of the faculty of Sciences of Social Communication at the Pontifical Salesian University in Rome, encouraged the group to consider how artists “of the Christian tradition … communicated and celebrated the Christian faith.” He suggested that the new media, which offer a new language of images, movement and text, offer “the opportunity to have a better understanding of ourselves and of God.”

Two theologians, Professor Nadia Delicata of the University of Malta and Professor Matthew John Paul Tan of Campion College in Australia, explored some of the challenges that the digital culture makes to Christianity. Both suggested that Christians can help those in the digital culture find faith in God and honest connectivity through sacramental – especially Eucharistic — theology. Professor Delicata especially focused on the gift of Christianity’s embrace of the physical and the metaphysical, which can offer a counter proposal to the notion of “disembodiment” being experienced in the digital culture.

Taking almost an antithetical perspective, Father Antonio Spadaro, S.J., the editor of a Civilta Cattolica, speculated in his presentation that Christians might have something to learn from the “hacker ethics.” Causing both computer scientists and theologians some pause, Father Spadaro said that the “hacker ethic may even have a prophetical resonance in today’s world which is totally committed to the logic of profit, to remind us that ‘human hearts are yearning for a world where love endures, where gifts are shared.'”

Speaking from a catechetical perspective, Professor Daniella Zsupen-Jerome of New Orleans Loyola University said that the digital culture requires catechists to reconsider catechesis. “Digital culture challenges pastoral educational practice to engage with information in a more participatory and collaborative way,” she said. The digital culture can also provide a platform to enhance the “relational encounter” of communications, she said.

Against this theological background, Professor Heidi Campbell of Texas A&M University in the USA, presented empirical research on how people actually make religious meaning in the online world. She suggested that individuals and groups “negotiate the new media in religious ways” in order to construct religious meanings, to participate in a theological discourse, often with their peers and often outside of any formal church structure.

The participants formed four working groups to continue their explorations and to invite other theologians to join their work. Groups will address ecclesiology, moral theology, pastoral and practical theology, and the digital culture. Fittingly, they will continue their work using online resources and social media. Members have already begun by collecting resources and links to additional materials developed by other working groups over the last 25 years.

The PCCS has promoted and encouraged theological reflection on communication since the Second Vatican Council’s call in Inter Mirifica for such thinking, an effort first systematically undertaken in Comunio et Progressio in 1971. Archbishop Claudio Maria Celli, the President of the Ponfitical Council for Social Communication, attended the conference and encouraged the participants “to continue this important work for the Church.” 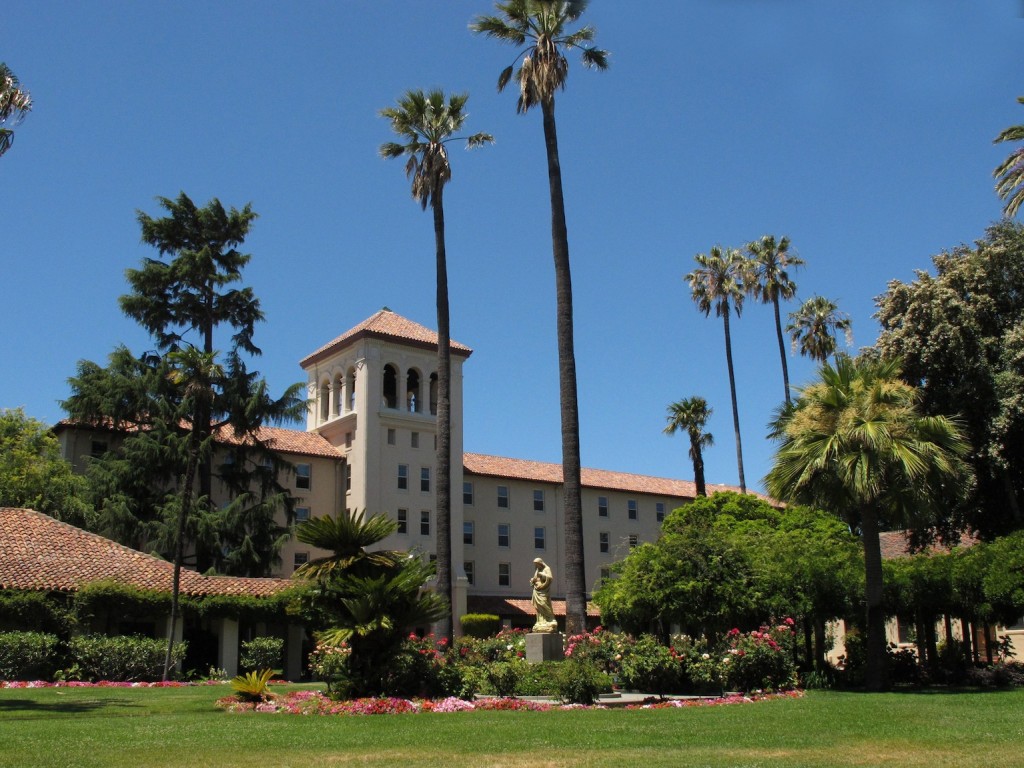